England call up for College student 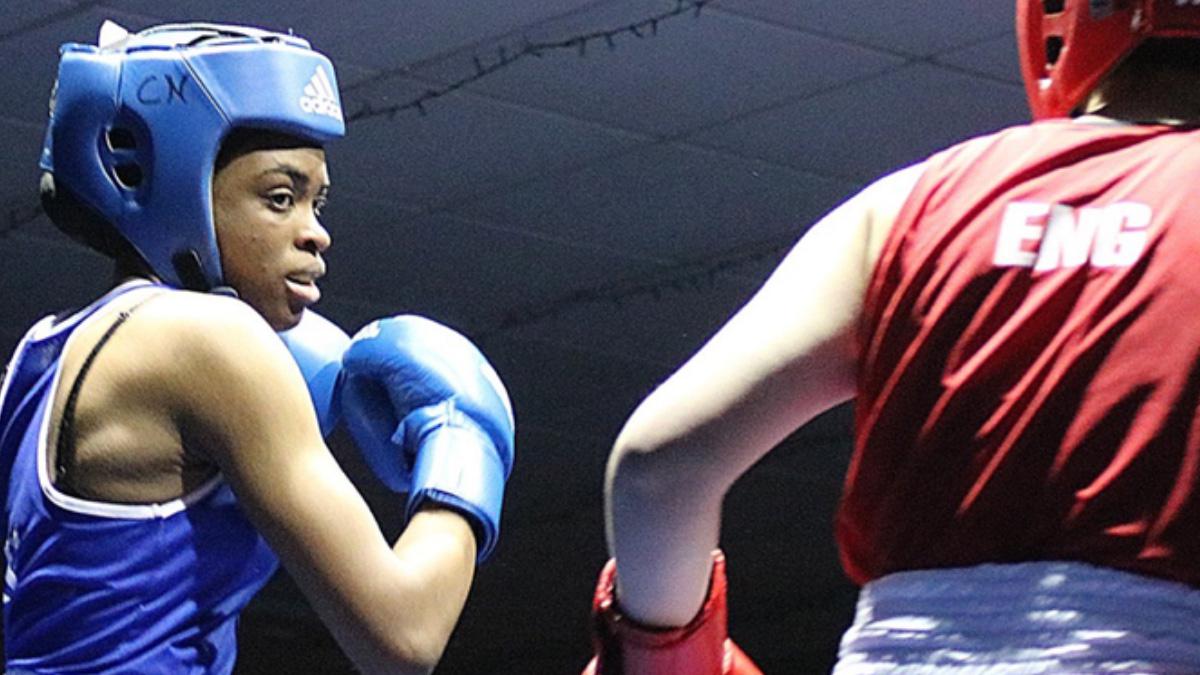 Wakefield College Level 3 Sport student Chloe McDermott was selected for the England Boxing squad for the England vs Ireland Excel Duel, a prestigious tournament for the best young potential boxers (male & female) in the country.

With only 1 weeks notice this was Chloe’s first fight of the season and her first fight in 8 months. To prepare she attended a week long training camp in Hull where her gym is based which consisted of a week of tough, gruelling training. During her time at the camp she was given flexible academic support as she is part of the Colleges TASS (Talented Athlete Scholarship Scheme) programme which ensures academics and practical go hand in hand with no compromise to promote dual careers to the talented athletes at the college.

She made weight for the fight comfortably which took place in Cannock on Saturday 23rd November. After a day of top class international boxing it was Chloe’s turn. She was on last with the toughest fight against Ireland international, Evelyn Ignirho who was 14x Irish national champion, European silver medallist and also a competitor in Irelands Olympic qualifiers for 2020 with over 70 fights, more than three times Chloe’s experience.

Chloe’s fight was the main event of the evening and never got started until 11:20pm. The fight was as expected, very tough but neither of them stopped punching until the final bell. The fight finished with both competitors still standing but with a points decision in favour of Evelyn taking the silver medal.

Head of Competitive Sports Ben Severn says “We are all proud of Chloe’s achievements at the College. Although it wasn’t the desired result the performance and experience will have developed her for her next fight where she can hopefully go one better. Not many 17 year olds can say they have represented their country and have done so in style. I would also like to thank the tutors and staff at the College for their continued support to allow students to be involved in great opportunities such as these. Allowing flexibility and time away to prepare for competitions is a key part of the TASS programme we offer and can hopefully grow the next sport stars of the future.”

For more information on the TASS programme and to be apart of it at Wakefield College contact b.severn@wakefield.ac.uk.