Turning the Pennines Pink for Kae! 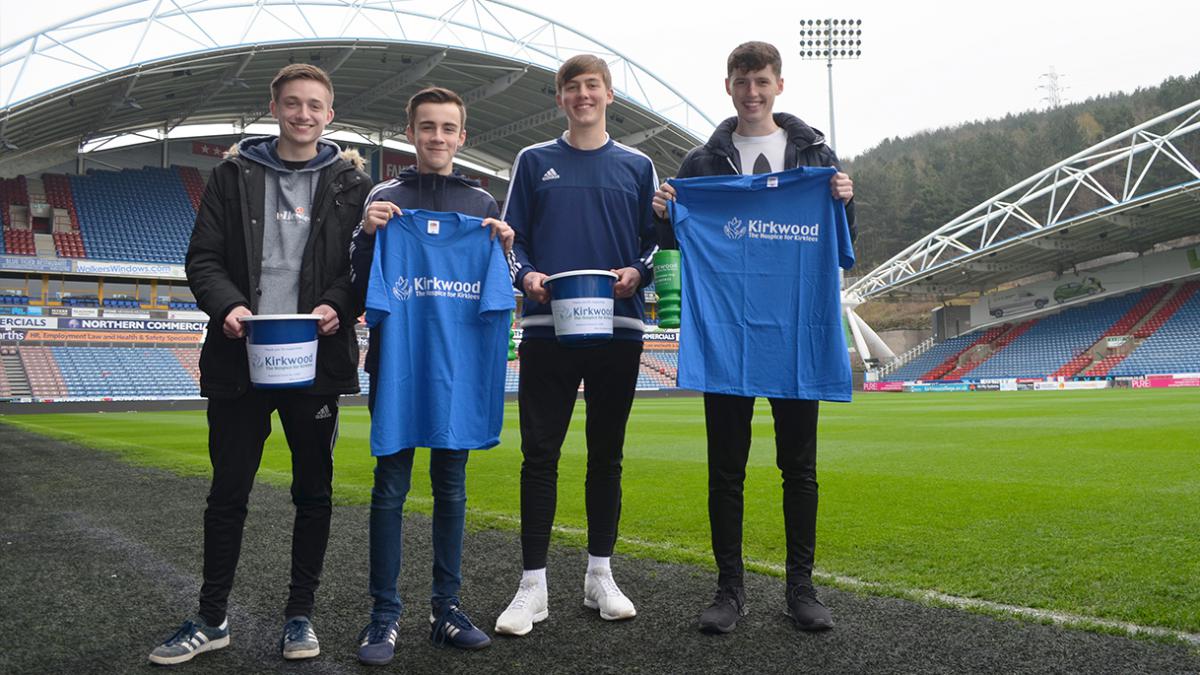 Seventeen-year-old Conor Mahoney will be lacing up his boots and taking on the Pennines on Sunday 6th May in a mission to walk 23 miles from Huddersfield’s John Smith Stadium to the home of newly crowned Premier League champions, Manchester City.

In a bid to raise both money and awareness for Kirkwood Hospice, Conor is walking to remember Step-Mum, Kae Mahoney, who spent her last days at the Dalton-based Hospice which cares for adults in Kirklees with life limiting illnesses.

Joined by good friends, Aiden Taylor, Lewis Jones and Josh Neil, the group will set off from Huddersfield Town’s John Smith’s Stadium at Midnight on Sunday 6th May and scale the Pennines through the night in time to reach the Etihad Stadium in time for Town’s crucial Premier League encounter.

During the walk itself, the friends, who all met at Shelley College, will turn the Pennines pink, wearing specially customised Kirkwood Hospice T-shirts in a bright, bold pink to match Kae’s personality.

Now studying at Wakefield College, Conor is passionate about the care his Step-Mum received at Kirkwood, and wants to help raise awareness for the Hospice.

He said: “When my Step-Mum, Kae, first received care from Kirkwood Hospice during the back end of March this year, I knew nothing about what the Hospice did or who they were. It made me realise just how much recognition they needed, and what an amazing organisation they are.

“The care Kae received, and the comfort she felt during her last days, was genuinely mind blowing. None of us would have wanted her final days to have been anywhere else but Kirkwood. As well as Kae receiving the care she did, her family, friends and visitors all received similar amounts too; something which we are eternally grateful for.

“It’s little things like Kirkwood going out of their way to get us plates for pizza, as well as putting on a party for Kae’s special day when we found out she wasn’t going to make her 45th Birthday at the end of April. The work that goes on within Kirkwood’s facilities is immense and beyond imagination until you’ve experienced it yourself. Myself and Kae’s family really cannot thank Kirkwood enough.”

Football is a long-running tradition in the family of Kirklees-born Conor. As a Huddersfield Town fan since birth and following in the footsteps of supportive Dad, Bill Mahoney, his fundraising venture was an obvious choice.

Youngster Conor even took inspiration from his Auntie, Jane May, who took on her own fundraising walk from Huddersfield to Ewood Park, Blackburn, aged just 14.

Conor has been overwhelmed by the support on his JustGiving page so far, which is already sitting proud at £1,049 - 419% of the original target. He is determined to fundraise as much as possible and has even promised to take on a head shave if the total reaches £1,500.

He said: “Just knowing Kae was at peace during her passing and throughout her stay at Kirkwood is so heart-warming and raising money is the least we can do. We are currently on a grand total of £1,049, of an original target of £250. I never thought we could meet this in a million years, let alone smash it within the first 24 hours!

“Every single donation is appreciated from the bottom of our hearts. Whether it’s £1 or £100, every single penny is greatly appreciated.”

To support Conor and his friends, you can make a donation by visiting their JustGiving page at: www.justgiving.com/fundraising/conor-mahoney1. You can also follow their journey and keep up to date with their progress at: www.facebook.com/groups/232439010639170/