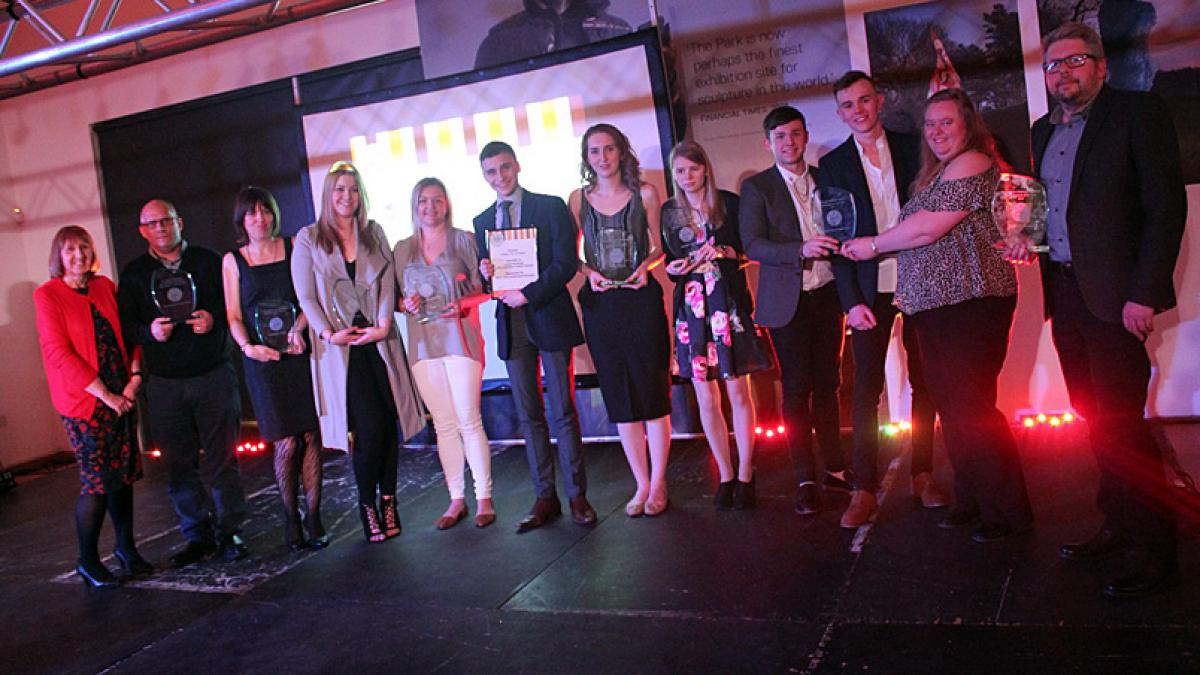 Winners from the 2017 Apprenticeships Awards Ceremony.

The picturesque surroundings of Yorkshire Sculpture Park formed the backdrop for Wakefield College’s annual Apprenticeships Awards Ceremony this week. Senior College staff were joined by local business leaders and local dignitaries to celebrate the success of apprentices and employers at the glittering awards evening.

The annual ceremony kicked off a week of activities at Wakefield College to coincide with National Apprenticeships Week, recognising those who have shown hard work and commitment, both in their College work and in their workplace. Businesses that provide apprentices with exceptional support and mentoring were also acknowledged at the ceremony.

The event was attended by the Mayor and Mayoress of Wakefield Metropolitan District, Councillor Harry Ellis and Mrs Janet Ellis, families, Wakefield College Principal, Sam Wright, and nominees in both ‘Employer’ and 'Apprentice’ categories.

Large Employer of the Year
Sponsored by Wakefield Council

The winner of the Level 2 Apprentice of the Year, Cally Ruddick-Conway was described as ‘someone who always shows tremendous determination and commitment when completing her apprenticeship.’ Cally received excellent feedback from her manager and was praised for her attitude and hard work which has resulted in her securing a permanent position with Huddersfield NHS Trust following the completion of her apprenticeship.

Executive Director for Employer Engagement and Apprenticeships, Joanne Taylor said. “Our second annual Apprenticeships Awards Ceremony was another successful event and the perfect opportunity to recognise the outstanding contribution apprentices and employers are making to the local economy.”